The Role of Visualization in Computational Data Analysis 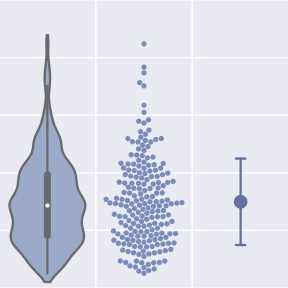 Creating effective data visualizations is an essential task at all stages of computational analysis. Visualization leverages the power of the human visual system to ensure data quality, detect interesting patterns, and communicate novel insights. However, many modern experiments generate raw data with size, dimensionality, or complexity that exceeds the capacity constraints imposed by neurobiology. The goal of  computational visualization can therefore be posed as a dimensionality reduction and feature engineering problem. Michael Waskom will discuss how these considerations can guide scientific data visualization practice and how they motivate the design of visualization software, using the seaborn library as an example. 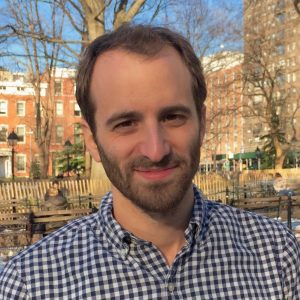 Michael Waskom is postdoctoral researcher in the Center for Neural Science at New York University and a Junior Fellow of the Simons Society of Fellows. He uses behavioral, computational, and imaging methods to study the neural basis of decision-making and cognitive control. He received his PhD from Stanford University working with Anthony Wagner. His thesis focused on the functional organization of cognitive control systems in the human brain. Prior to grad school, he was a research assistant in John Gabrieli’s lab at MIT. He received an undergraduate degree from Amherst College, where he studied philosophy and neuroscience. In addition to research, he has developed several open-source software libraries for data analysis and visualization.

This event is part of a Visualization Seminar Series cosponsored by the Graduate Center Digital Initiatives and the Computer Science department at the GC.