Commons in a Box 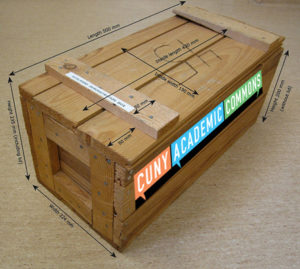 In November, 2011, the CUNY Academic Commons announced the formation of a new open source project called Commons In A Box that will “help other organizations quickly and easily install and customize their own Commons platform.” Funded by the Alfred P. Sloan Foundation, this initiative will create a proof-of-concept prototype for the Modern Language Association (MLA), “assembling new and existing WordPress-based community and collaboration tools into a single installation package.”

The CUNY Academic Commons team has consulted regularly with a range of institutions both within and outside of the CUNY system that have expressed interest in creating similar sites for their own communities. The core features of Commons-style networks enjoy broad appeal as institutions look for ways to penetrate institutional silos, to mitigate the effects of geographical distance, and to produce collaborative, public-facing scholarship that can help demonstrate the value of intellectual life at a time when funding for higher education is increasingly being called into question.

The implications of the Commons In A Box project are enormous. Federated Commons sites will be able to connect universities and non-profits, using affordable technologies designed to meet common goals. The project “marks an exciting turning point for the CUNY Academic Commons” as it broaden its mission and begins to “serve the needs of the wider academic community.”