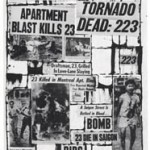 Calculating the Politics of Aesthetics uses digital humanities tools, from sentiment analysis to topic modeling, to study the reception of literary and cinematic works of art. The project’s primary purpose is to gather empirical evidence to support or contradict theories on the political effects of art works. The digital humanities can serve as a vital means of integrating statistically significant data into theoretical arguments, and nowhere is such hard data more necessary than in contemporary discussions surrounding the politics of aesthetics, in which cultural theorists and critics make sweeping claims about the subversive or repressive potential, subliminal or explicit, of art works and propaganda. A sustained, data-based investigation into texts, such as reviews, from the New York Review of Books to Amazon posts, that demonstrate the reception of specific works of art, by revealing the effect of a work of art within a particular social and political context, could thereby assist in the development of alternative, aesthetic modes of persuasion for projects of artistic activism that resort too frequently to outdated and ineffective means of protest and persuasion. 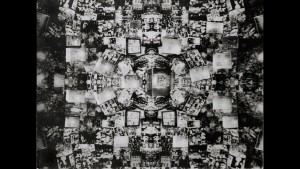 This project is part of my dissertation project to investigate decadent writing as a counter-discourse to cynical imperial ambitions by tracing a lineage from French decadent poetry (where I anatomize the decadent utterance) through British decadent novels (novels, such as Joseph Conrad’s Heart of Darkness, that first hypothesize the political effect of decadent utterances), up to writers such as William S. Burroughs who initiated a renaissance of decadent art in post-war America. If nineteenth century British novels provide the first hypothesis on the subversive effect of this rhetorical mode whereby the narrator paradoxically celebrates as negative what the reader disavows (such as Colonel Kurtz’s reveling in the barbarism at the heart of imperial aggression that Captain Marlowe cynically tolerates), this project will first investigate the actual effect on the American readership of Burroughs’ writing in the 1950s, and thereafter, as a more plentiful data field, focus upon the reception of Vietnam War era movies, comparing Apocalypse Now’s decadent aesthetics to other Vietnam films, from The Green Beret’s pro-war stance to Full Metal Jacket’s ambiguous and Platoon’s more didactic critique of American imperial ambitions. The research protocol will involve aggregating reviews of these film and using digital tools, especially sentiment analysis, to map the reactions of viewers according to his or her political beliefs. Digital humanities tools will therefore provide a provocative and compelling way to differentiate which films actually are pro and anti-imperial war, not by interpreting their “message,” but by computing the actual “effects” these films had on viewers, effects that scholars have for too long assumed they can intuit and predict.

Regardless of how fruitful the computational analysis of the reception of decadent artworks proves to be, I also intend to employ digital humanities tools to analyze Burroughs’ experimental cut-up novels. The cut-up novels consist of nine different published versions, besides the materials published in literary magazines, and an extensive backlog of drafts and unpublished texts. Such tools as topic modeling, and data visualization and mapping, will be especially useful for tracing not just the sources for Burroughs’ texts, but grappling with the non-linear nature of these texts and the obscure mythology Burroughs develops in his quest to diagnose and dismantle the ruling power structures of his era, and our own. If Nova Express is, as Oliver Harris puts it, “a manifesto against the 1% who run our planet like an alien colony,” perhaps Burroughs’ call for the use of machines to scramble the “mythic” discourse of those in power will only be given its due by computational analysis that can come to terms with the obscurity of these highly unreadable texts better than any unequipped reader ever could.